It is four in the morning where I live. My hubby is snoring, which means I am awake. I will need a nap later.

There is a moth attacking the television that my laptop is hooked to, something that seems to bother me more at night than in the daylight hours.

The tomato and pepper plants that I bought a couple of weeks back are loaded with fruit that is hopefully going to make it to harvest time.

Our small dog is settling into life without his "big sister"...  as are we. Swiffer is getting rather spoiled, in a good way. Life goes on without my girl, Niki and I miss her every day. 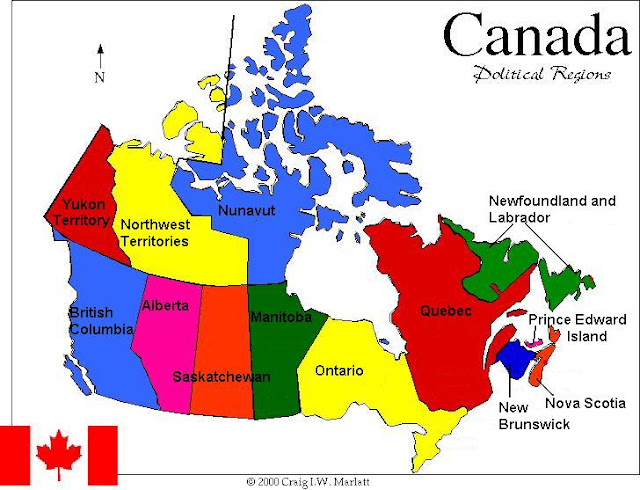 Although it is a week past Canada's birthday (July 1), I am a proud Canadian. I have traveled and have found many people outside of Canada to be quite ignorant about my country. I have always done my best to straighten out the fallacies I encountered as best I could.

My country is vast and the people are diverse. For the most part, Canadians are polite and nice... but we will defend our country strongly if push comes to shove. Although we are similar across this nation, what the people of Quebec or Ontario think or do is not necessarily what those of the other provinces or territories think or do. Although most Canadians experience snow for part of the year, we do not live in igloos nor get around with sled-dogs and some places either don't get snow at all, or get such a small amount that it is gone within a few hours of falling. Toronto, our largest city, sits on about the same latitude as Madrid, Spain while Calgary sits on about the same latitude as London, England. Alberta experiences Chinook winds during most winters, which clears away the snow for a day or two and brings quite warm, sometimes hot, weather. If you look on a map of North America that shows latitudes, you will see that there are 13 U.S. states that sit entirely north of Canada's most southerly point.

Those are just a few things that I've corrected over the years. Recently I discovered a few more things about my country that I found both interesting and rather fun. I thought I'd share them with everyone. Enjoy as you learn a bit about "my home and native land"...